We have a 200 litre electric hot water tank that is fed by pre-heated water from the oil-fired house heating boiler. This works relatively well, however there were a couple of problems.

The plan was to fix the hole, move the electric boiler into the same room as the heating boilers and rearrange the plumbing to accommodate the changes. 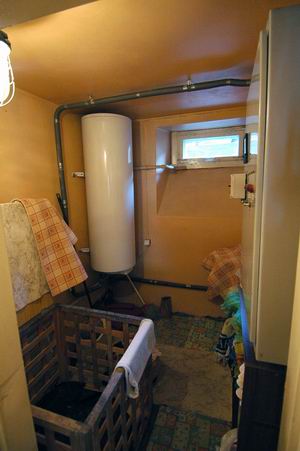 The 200 litre hot water boiler in its original location. Note the pipes and their size. The boiler room is the room next to the right hand wall. 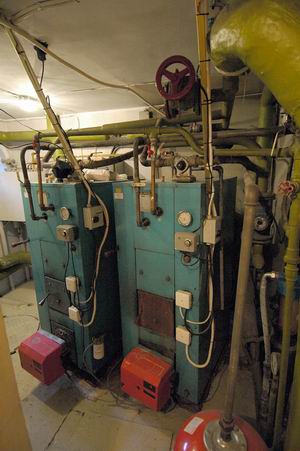 The twin heating boilers. Actually, we only need one. The other is a spare. The Russians did not want to have their guests sitting in a cold house. Another interesting item, these babies are Finnish. Again, the Russians wanted “only the best”. Russian oil heaters would not do. 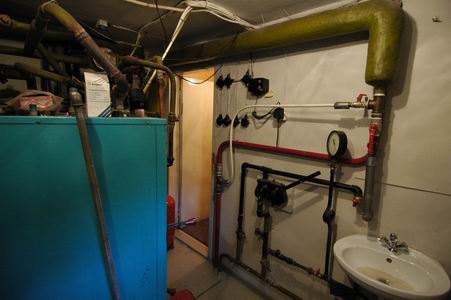 The common wall with the room where the electric water heater was. Note the plywood plate on the wall on the right, and the black pipes on that wall were “dead”. They don’t do anything usefull. 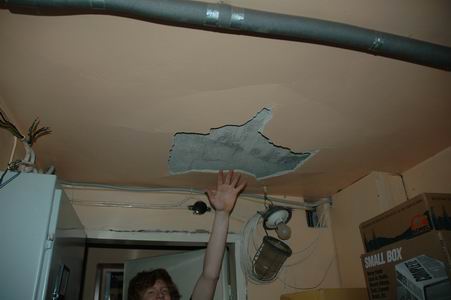 I had originally planned to only fix the hole in the wall. However, I made the mistake of poking a small crack in the ceiling and down came a square meter section. It took half an hour to totally strip the remaining plaster. This time I simply painted the concrete ceiling. Quicker than putting up tiles. 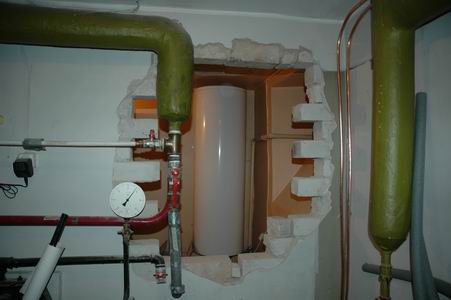 The hole in the wall, after I pulled out the remaining half bricks and mortar. I felt like a dentist, cleaning up the hole before filling it. Now how much does a 200 litre water tank weigh when full?  It will be hanging on the bricks I put into the hole. 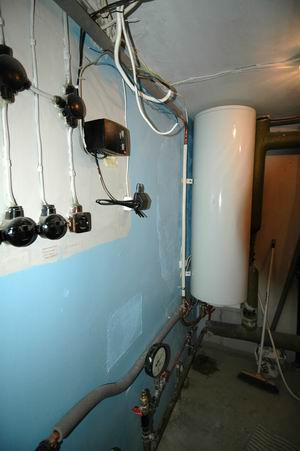 The final result. The hole is filled and the hot water tank is hanging on the wall. I also rationalized the pipes. Now the hot water in the kitchen is almost instantaneous.